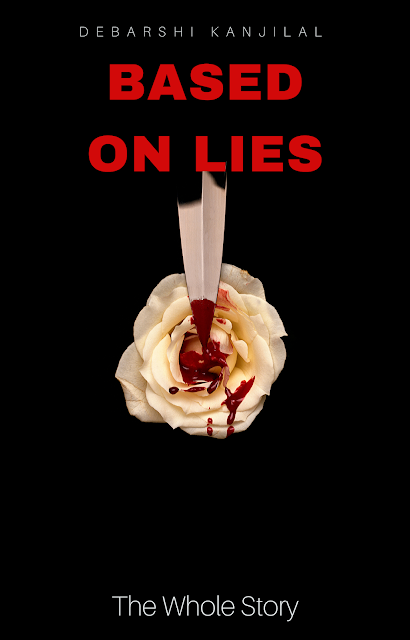 “The first time she met Anurag was on the roof of their college building. Aditi had come up there to take a few drags of the joint she had rolled so carefully at home before she left for college that day. She had prepared herself for a few unwelcome encounters while sprinting up to the roof.”

In addition, we also learn a bit more about the main character, Anurag. Our protagonist isn't in the right mental shape. We did get a sense of it in the first part. Here, we learn he is seeking help from a therapist (his suicidal tendencies isn’t something new, he has been living with it since his younger days), how and where his romance with Aditi (now his wife) bloomed, his love and his insecurities (steaming from his deep sense of possessive male psyche) surrounding her, and his experience with sexual abuse as a child. In short, being Anurag Sanyal isn’t easy, and creating a character like him is not a cakewalk either.

The writer has done a good job in creating a world which is messed up, disturbing, and cruel. Anurag isn’t an ideal character, he stands for all that is bad and wrong in our society, yet you will feel sad for him. You will empathize with Anurag. Somewhere, you will feel the writer also wants us to feel that way.

In the second part of the book, nothing much happen in terms of plot; the story moves fast and ends in a matter-of-fact manner which begs the question: Did this book need a second part at all? One book would have served the purpose better is what this humble writer thinks.

The book would be best enjoyed as a composite version, which has both the parts in one volume. Thankfully, for the convenience of the readers, that is now available on Amazon India and Amazon USA.

Read: Review of Based on Lies: Crimes of Love.

Your way of writing and making things clear is very impressive. I read this article; it is really informative one. Thanking you for such an informative article. eBook Cover Designer.